In between our sampling stops over the past few days, we have had the opportunity to take in some of the natural beauty of the zone through which the Fraser climbs up from its flat northern peneplain, through the Rocky Mountain trench, and almost to its source high in the Rockies. During this transition, the river valley courses through a broad meandering floodplain with mountain walls on either side (the Rockies to the north and the Cariboo to the south), which gradually constrict in until the mighty Fraser begins to resemble a large mountain stream bursting off a mountainside. The landscape in this region is characterized by spectacular pine forests, blanketing the steep ridges green below the treeline. 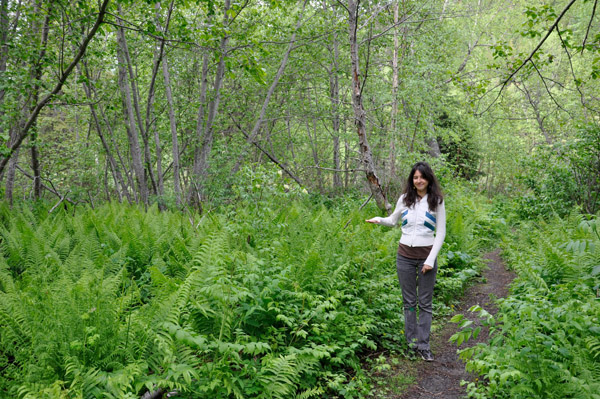 In many places, vast swaths of dead and dying trees are visible from the highway, evidence of logging, forest fires, and mountain pine beetle infestation. Driving between Prince Geroge and Valemount, we made a stop at a special area called the “Ancient Forest,” a relatively small and rare patch of intact primary forest. The trees in this area are enormous and surrounded by lush undergrowth, almost as verdant as the old growth forest we visited outside Abbotsford earlier in our trip. Later at one of our sampling sites, we took a short jaunt up a trailhead and found huge ferns covering the ground like a tall layer of grass (see photo, grad student indicates scale). For contrast, at a different site in the Rockies the next day, we saw fallen trees with exposed tunnels burrowed by pine beetles which likely killed the tree. The combined stresses of human disturbance and the spreading pine beetle infestation in these forests paints a bleak picture for the ecosystem in this region over the next few decades, although the overall natural beauty of the area is still stunning. 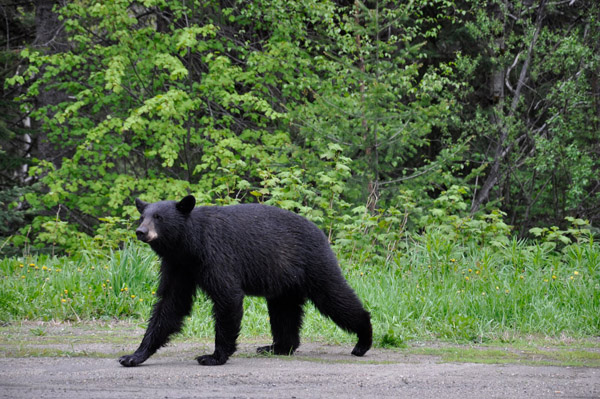 Black bear at a truck stop

I’ve been trying to brush up on background knowledge during this trip by reading An Illustrated History of Canada’s Native People by Arthur Ray (which is a great book!), and one section describing the acquisition of land by the nascent British Columbia government from local native groups seems to set the tone for how natural ecosystems (and people) have been treated by the dominant culture for the past few centuries here and in the rest of North America. In describing how the Hudson’s Bay Company should handle Native land claims, future B.C. governor James Douglas wrote “you are to consider the Natives as the rightful possessors of such lands only as are occupied by cultivation, or had houses built on… All other lands are to be considered waste.” It’s hard to think of a more inappropriate word to describe the natural ecosystem value of something like an old growth forest in this basin.