Researchers from the Woods Hole Research Center are collecting water samples from the Congo River and its major tributaries to understand how climate change and land use (agriculture, logging) can be measured through the properties of the water. Two epic journeys in 2010, complete with guns, bribes, and very narrow canoes, took the team the length of the Republic of Congo from the capital city of Brazzaville to the jungles of the far north. Along the way the science team surveyed nearly 40 different rivers that are all part of the massive Congo River watershed. 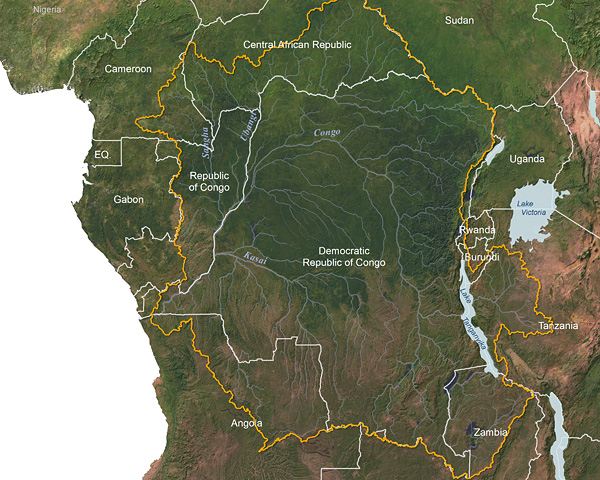