The Fraser River watershed, located in the Canadian province of British Columbia, includes the rain-soaked peaks of the Coast Range, the Canadian Rockies, and the dry sagebrush prairie ecosystem in between. The Fraser is unique—it escaped the flurry of dam building that has altered nearly every other large river on the planet. Yet, the Fraser faces other threats. The mountain pine beetle epidemic, which is raging unchecked due to a string of mild winters, may eliminate up to 80% of the native pine forest. As these dead trees are harvested, the exposed soil will receive more of the sun’s heat, which will increase the temperature of the river water. If the water temperature exceeds 20 degrees C, salmon will no longer return to the Fraser—dubbed “the World’s Greatest Salmon River”—to breed. Pollution from logging and pulp mills and excess nutrient input and contamination from mining operations also impact the health of the river. 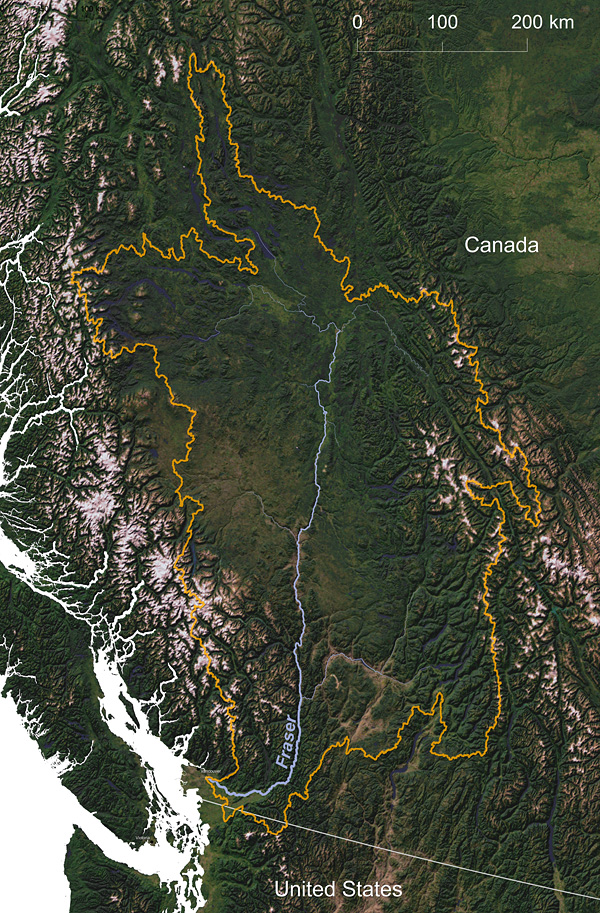