Since leaving Lillooet, we’ve made two big detours on two long days of driving to sample tributaries off the beaten track. Since Highway 97 leaves the Fraser for long stretches between Lillooet and Prince George, getting to our sampling sites sometimes involves considerable travel on gravel roads into somewhat remote areas. The Chilcotin River (see last post), was one such site. After sampling the Quesnel River yesterday morning, we took another long gravel road drive to the Blackwater River (and saw some wildlife on the way – see photo), so named for its tea-colored hue due to high concentrations of dissolved organic matter. But instead of living up to its moniker, we found the swollen Blackwater to be turbid and light brown, just like every other site we’ve sampled so far this trip. Along with the Thompson, Chilcotin, and Bridge Rivers, which we had until now known as relatively clear-water tributaries, the Blackwater has taken on this characteristic muddy freshet nature. Chris chides us for promising that certain sites will look different and our predictions have all been wrong! 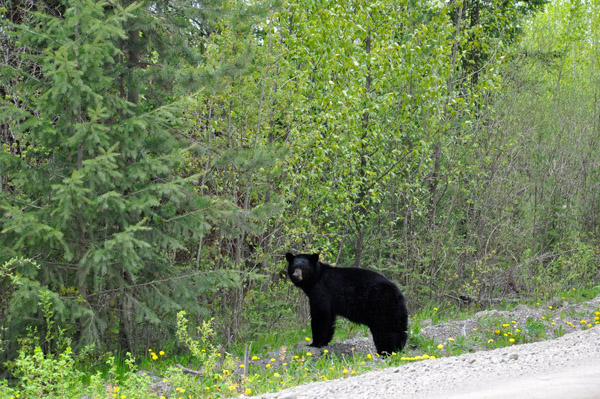 However, each site still has a distinctive particulate/dissolved size spectrum, giving it a certain filtration behavior (some samples tend to clog the filters quickly because of high concentrations of colloidal material, which does not necessarily contribute to the water’s “muddiness”). Bernhard is processing our sample from the Blackwater right now, and it is clogging filters faster than any sample yet, which makes me want to keep writing to perhaps postpone my own shift…

We are now based in Prince George for a few days, sampling the many tributaries that drain to the Fraser in this area; today’s sites included the Bowron, Willow (see second photo), and Nechako Rivers. In addition to our regular sampling routine, last night we tried our hands at lignin extraction. Using solid phase extraction cartridges, we processed a few liters of Chilcotin water, which Yvonne Feng will analyze for lignin concentrations. We hope to try this again if we can tolerate processing much more of our Blackwater sample. 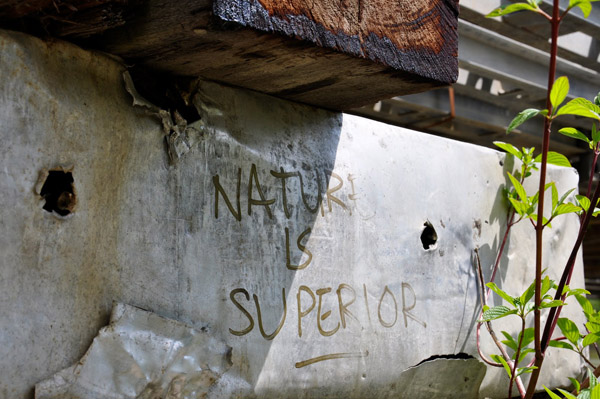 In case you missed my earlier petition, there is still time to register your wager for the maximum water level of the Fraser at Hope! There has only been one entrant so far and I refuse to award an uncontested competition. The closest guess will receive a mystery prize, which may or may not be related to rivers or Canada or chemistry. You’ll never know if you don’t try… Yesterday’s max level was 8.67 meters, and you can consult Environment Canada for recent trends.